“Como and its silk, a family and its history”

It was 1934 when Corti Tessitura set up its first loom, we are not sure if by the founder himself, the same Giuseppe Ugo Corti who gives the name to the Company, or by a worked that remained anonymous: since then production never stopped, operating across decades with the same conquests and difficulties which, from season to season, were hitting the Country.

Luxury silk ties, for the few that at the time could afford it, until the war; then a slow recovery, towards the fabulous Sixties when it finally became for all the dream of a new, wide-spread elegance matched to the reached wealth. 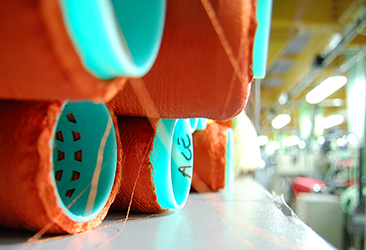 A lovely silk tie to wear on a Sunday, and even during the week, is among the exterior signs of an Italy that is growing, leaving behind its past and its difficulties without regret.